Kick off the first day of summer with a new soundtrack from Canadian rockers The Tragically Hip and their first and only beer, Lake Fever Lager, brewed in partnership with Big Rock Brewery. The premium Lager – is “clean, uncomplicated, with a golden colour and a very approachable hop profile”.  Now available for pre-orders at bigrockbeer.com and at select retailers across Canada as a 12-pack starting this week. 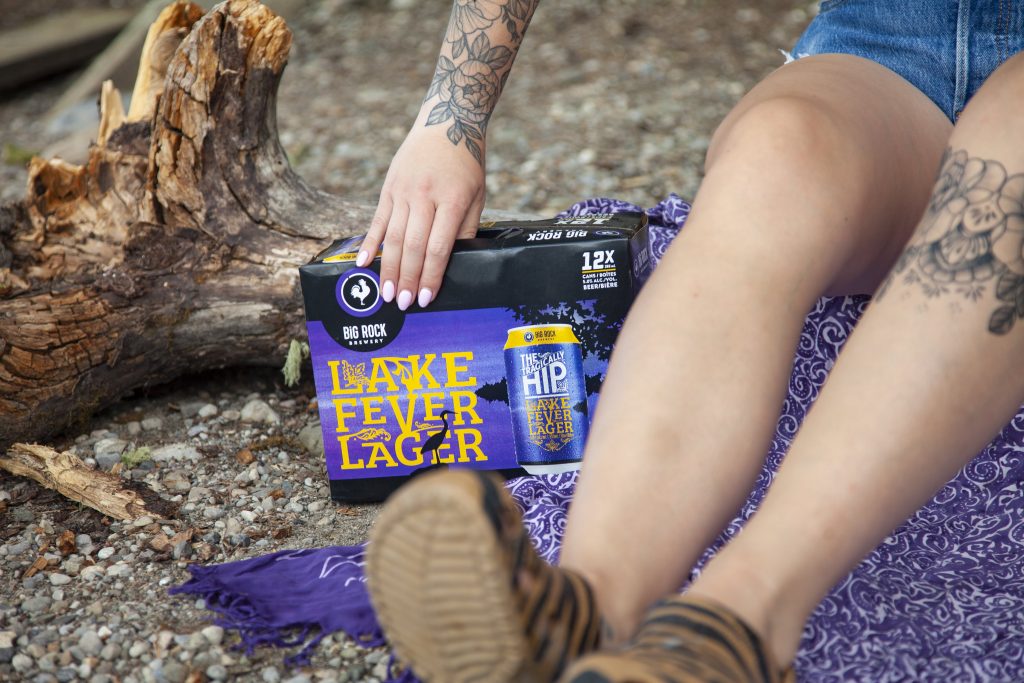 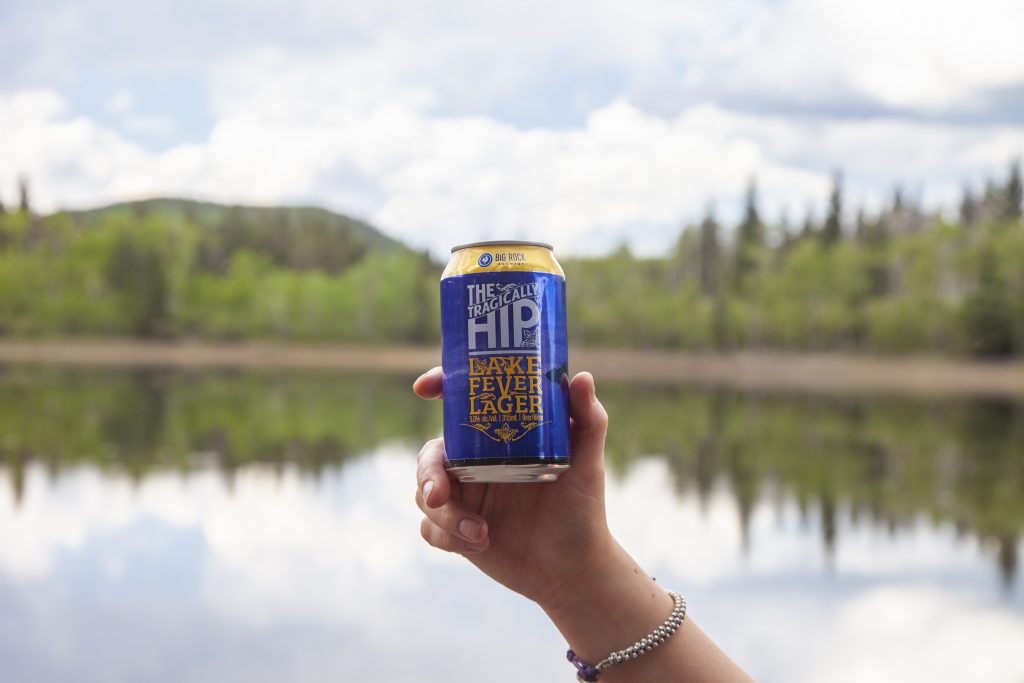 “This was a true collaboration in every sense as we worked together through several recipes to ensure the head, the colour, and the taste profile were exactly what the band was looking for,” said Wayne Arsenault, CEO of Big Rock Brewery. “We couldn’t be prouder of Lake Fever Lager and the chance to work with a national treasure like The Tragically Hip.”

The Hip added “We’ve harboured the ambition to release our own beer for a long time but could never find the right partner. Until now. We’re proud to announce the arrival of Lake Fever Lager. Big thanks to the great folks at Canadian owned and independent Big Rock Brewery, they’ve been amazing to work with. Over the last six months they have helped us develop a cleansing, thirst quenching lagered ale that is long on taste but still refreshing and crushable; perfect for those occasions when one or two is just not enough. We hope you’ll join us in raising a glass of Lake Fever Lager on the dock or patio, or wherever you find yourself this summer, and enjoy the company of friends and family. We all deserve it. Please consume responsibly and stay safe, always.”

To celebrate the launch, Canadians can enter to win 1 of 20 ultimate prize packs The Tragically Hip by scanning the QR Code on 12-packs. For more information, visit www.bigrockbeer.com/the-hip/

About The Tragically Hip

Critically acclaimed for more than three decades, The Tragically Hip have been at the heart of the Canadian musical zeitgeist, evoking a strong emotional connection between their music and their fans that remains unrivalled. The five-piece group of friends – Rob Baker (guitar), Gord Downie (vocals, guitar), Johnny Fay (drums), Paul Langlois (guitar) and Gord Sinclair (bass) – grew up in Kingston, Ontario. The Tragically Hip have achieved both mass popularity with more than 10 million albums sold in Canada and over 1.5 million sold in the U.S, as well as peer recognition through 15 Juno Awards – picking up their last two for Group of the Year and Rock Album of the Year for Man Machine Poem. Their studio catalog includes their self-titled debut album The Tragically Hip (1987), Up To Here (1989), Road Apples (1991), Fully Completely (1992), Day For Night (1994), Trouble At The Henhouse (1996), Phantom Power (1998), Music @ Work (2000), In Violet Light (2002), In Between Evolution (2004), World Container (2006), We Are The Same (2009), Now For Plan A (2012), Man Machine Poem (2016) and Saskadelphia (2021).  A National Celebration was the final show of The Tragically Hip’s Man Machine Poem Tour recorded on Aug. 20, 2016, at the K-Rock Centre in their hometown of Kingston, Ontario, and is their last performance as a five-piece band. Through their career, the band became a cultural touchstone in Canada and, despite their accolades and numerous recognitions, will always be proudest of the humanitarian work they have done over the years through numerous charitable organizations and causes.

back to press releases